A friend recently something like this: “I don’t want to read dystopian fiction. I mean, we’re in it!” So here is a list of cheerful fiction instead. These are books I’ve read recently that I have enjoyed, that are encouraging, that are well written and intriguing, and that don’t have awful endings. If you’d like to borrow any, let me know.

Lars Mytting:  The Sixteen Trees of the Somme:  it sounds like ‘yet another book about the World War One’ but it is more about Norway, families, people, the Shetlands, relationships, and flame birch.  Growing up in Norway, with his grandparents, Edvard is astounded by the discovery, on his grandfather’s death, that his uncle had not been executed by German firing squad in 1944, but in 1979 had sent a perfectly made art-deco coffin of scintillating amber flame-birch, to be used for the his brother. This sends him on a quest to find out what had caused the death of his parents and a hunt to find his strange inheritance in the Shetlands. A very complex plot, with twists and turns, and an evocative sense of place.

Mrs Gaskell:  Wives and Daughters. An obscure Victorian masterpiece:  clever, insightful, fascinating characters, a complex plot based on a doctor’s second marriage and its effect on his daughter. Not a quick read, but immersive and emotionally absorbing. There are touches of witty irony from an acute observer of human passions. It was unfinished at the author’s death so the last chapter is missing, but a conclusion has been added giving her intentions.  You may have heard of ‘Cranford’ by Mrs Gaskell:  this is even better.

Susan Fletcher:  Eve Green:  A woman looks back on the events of her childhood, following the death of her mother when she is sent to live with her grandparents in Wales. It doesn’t sound promising, but it is! Sharply observed, subtle, mysterious, full of evocative family history, and – being in Wales – quite a lot of rain, mountains and sheep.

Joanne Cannon:  The Trouble with Goats and Sheep:  Set in the long hot summer of 1976, two young children start to investigate the disappearance of a woman from their street, and try to find God in their neighbourhood. As they do so, the events of the past are revealed.  The heat, the sun and the emotions of that scorching summer fill the story. Beautifully written, with telling details such as playing clock patience and Monopoly, eating Angel Delight and Wagon Wheels. I loved the scene when the vicar comes to see the ‘face of Jesus’ that the locals have found on an old drainpipe and Mrs Forbes says, “I do hope we’re not going to be overrun with pilgrims. They’ll make a terrible mess.”

Francine Toon: Pine: Another book from a child’s perspective, and another brilliantly written novel. The author is also a poet, apparently, so writes superbly. The story, set in Scotland, was genuinely frightening at times and very dramatic, full of haunting atmosphere as the complex story unfolded. The start was very bleak, and I wasn’t sure if I was going to enjoy it, but I was unable to stop reading towards the end, it was so compelling. 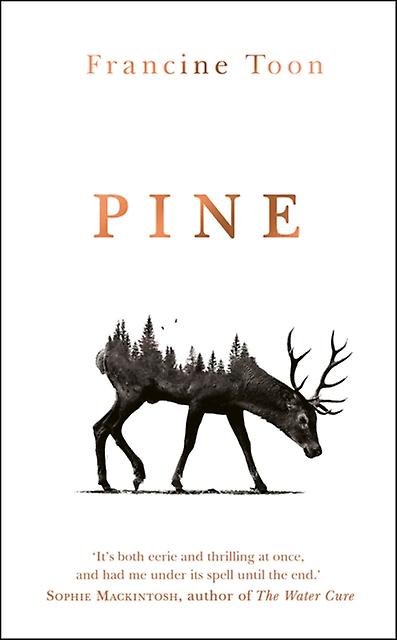 This entry was posted in Uncategorized and tagged lockdown reading, recommendations. Bookmark the permalink.